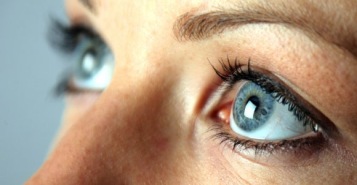 In 2 Corinthians 4, Paul detailed what his life was like, always carrying around in his body the death of Jesus so that the life of Jesus would also be revealed in his body.  He was afflicted, perplexed, persecuted and struck down for the sake of the Gospel and for their sakes–so they could receive Paul’s teaching about life in Christ.  And, as he stated in verse 15, the hardships were well worth enduring so that the grace of God would extend to more people, increasing thanksgiving and glorifying God.  That was Paul’s chief aim, to glorify God.

After he reviewed with them all of the hard times, which were many (see 2 Corinthians 11:24-28), Paul put his trials in perspective with eternity.  In view of the glory that awaits us, the trials and sufferings we go through are pea sized.  So we should fix our eyes on eternal things, not on our temporary trials now.

At the elementary school I work at, we use a phrase quite often with each other, particularly when a child comes tattling about some small injustice.  We say, “Is this a big deal, or a little deal?”  It has become almost an anthem, because most of what we deal with falls into the ‘little deal’ category.  If you weigh what seems to be your big deals against the glory that is in Heaven waiting for you, you might retreat like a child that says, “I guess it’s a little deal.”

We can only see what is right now in front of us, which Paul calls the ‘transient’ or the temporary.  We can’t see Heaven, the glory that awaits us, or any of the promises that God has given about our future lives.  But we are to fix our eyes on those things we can’t see.  That takes faith and trust.  And it takes delayed gratification.  Delayed gratification is what takes place when we don’t cave to temptations now because we know that the reward for holding out is better by far.  That takes self control  that comes from the Holy Spirit.  If we grab for it now, that’s called ‘immediate gratification.’

Moses used delayed gratification, spoken of in Hebrews 11:23-28.  We find there that “by faith Moses refused to be called the son of Pharaoh’s daughter, choosing rather to be mistreated with the people of God than to enjoy the fleeting pleasures of sin…for he was looking to the reward.”  He had his eyes fixed on Heaven and the rewards that await those who are faithful.  Those rewards are worth far more than the fleeting pleasure we get from whatever sin we sell ourselves short with.

Colossians 3:1-4 tells us to fix our eyes and our heart on things above because we belong to Jesus.  It promises that when Christ appears we will appear with Him in glory.   What a day that will be!  Fix your eyes and your heart on that.  It is a big deal.

I am an avid student of the Bible, having studied it diligently for over 40 years. More than that, I love Jesus and want to know Him and to show Him in my life. I am currently in the education field as an Elementary Principal, having degrees in School Counseling and Administration. I have a post graduate degree in Child and Adolescent Mental Health from Bethel University in St. Paul, MN. I have also gone to Bible school at the Columbia Graduate School of Bible and Missions (now Columbia Biblical Seminary) in Columbia, South Carolina and spent summers in youth ministry as well as five years as a youth director in a Baptist General Conference church. END_OF_DOCUMENT_TOKEN_TO_BE_REPLACED
This entry was posted on Wednesday, February 8th, 2017 at 7:13 pm and tagged with 2 Corinthians 4:17-18, delayed gratification, Faith, Mindset, perspective and posted in Bible, Christian, Christianity, The Bible, The Christian Life. You can follow any responses to this entry through the RSS 2.0 feed.
« An Inspirational Clay Pot: Gladys Aylward
Faith walking »

3 responses to “Fix Your Eyes”